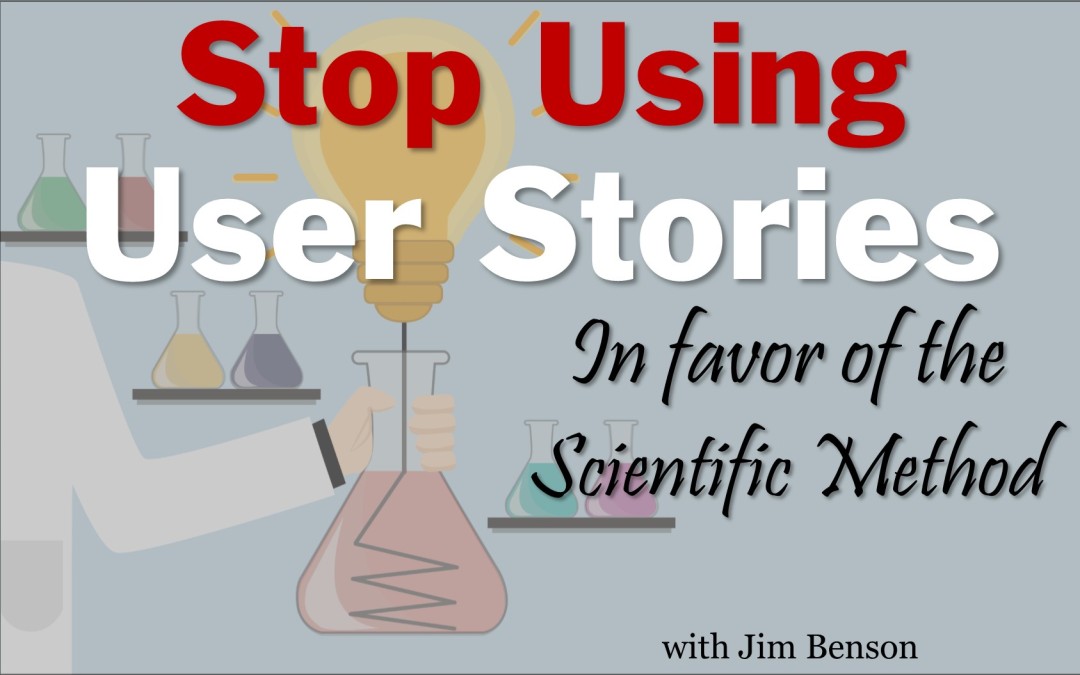 In this episode, author, speaker, and Kanban pioneer Jim Benson advises us to ditch User Stories and shows us what to do instead.  Jim’s recommendation: use the scientific method. Jim Benson is an internationally recognized speaker and author. He is a pioneer in applying Lean and Kanban to knowledge work, and his books include Personal Kanban and Beyond Agile.

Jim is CEO of the collaborative management consultancy Modus Cooperandi and founding partner of Modus Institute.

In the last few episodes, we’ve discussed how you can be effective using User Stories. Now, thought leader Jim Benson suggests that we should stop using User Stories in favor of an approach better aligned to the scientific method.

We started using User Stories because we lacked empathy towards our customers. However, we still took our own assumptions that we used to put in the detailed design document and put it in the wrapper of a User Story.

Use a Hypothesis
In reality, everything we’re doing is an assumption or a hypothesis. When we present ideas as a hypothesis, we’re saying three things:

A well-crafted hypothesis will encapsulate everything that agile is supposed to do in a more honest way.

The original thought behind User Stories is that the team could write them. As we’ve moved away from that original intent, the Product Owner often writes the story with their assumptions, pushing them on to the team. Using a hypothesis allows us to have better conversations about our assumptions and goals.

Ideas are then gathered into big bets and small bets. Big bets are similar to projects, but Jim finds that if you call them bets, people make them smaller (up to one month). All of the ideas and strategic intents are based on hypotheses.

Because most organizations don’t do this, you can start by decomposing your User Stories by challenging your assumptions about who the customer really is, what you’re trying to achieve, and how you would test that. Then take that information and create a hypothesis.

Hypothesis Design
A hypothesis might be stated as: We believe that if we do <what the action is>, we will get <result>, and we will test it by <metrics, criteria, and other tests>. You should also think about and articulate who your customer is.

A hypothesis still follows the three “Cs” of a User Story; Card, Conversation, and Confirmation. The hypothesis should be short (fits on a card), it needs to be discussed to understand and challenge assumptions (conversation), and it has acceptance criteria (confirmation). A team can use spikes to experiment and learn what will work.

Take a few User Stories (especially those that the team is doubtful about) and rewrite them as hypotheses.  Treat it like a guess that you can prove or disprove and learn something.

What are your thoughts?

Have you used any variations on User Stories?  Please share your experience and comments in the section below. 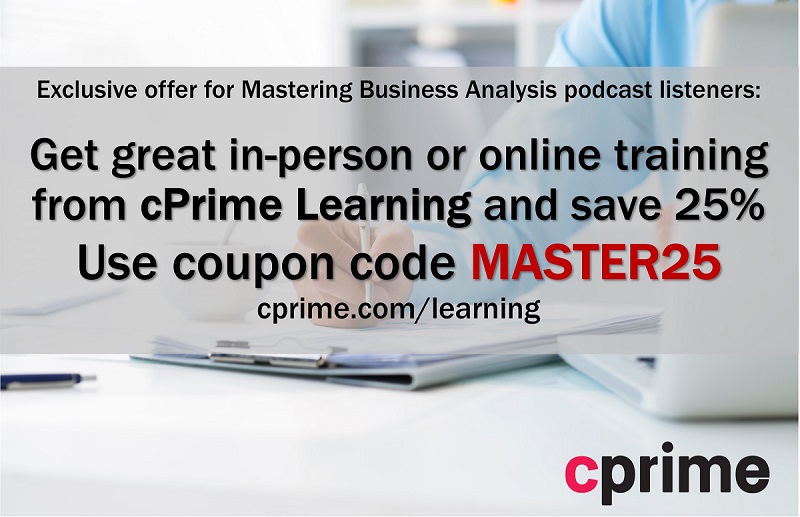